All Special Days Should be Celebrated More Than Once

Personally, I think all important days (i.e. birthdays, holidays, anniversaries, etc.) should be celebrated more than once each year. I mean...why not have a Birthweek?
Obviously, that motto rings true with our family (on both sides). We LOVE to celebrate, which is probably pretty obvious if you read this blog regularly :-) And it just so happens that we have FOUR exciting things to celebrate this week!! We have my Mamacita's birthday today, my niece Nia's birthday on Wednesday, and my Grandma's birthday on Friday. Oh, and Eric and I will be celebrating our 5 year wedding anniversary on Thursday!!!!
Like I said...busy week.
The fun actually started this past weekend when Eric gave me an early anniversary surprise. After breakfast on Saturday, I found two concert tickets sitting on the island in our kitchen. I was confused for a second because Eric and I already have our anniversary plans made for this coming weekend. But apparently he wanted to surprise me with a little something extra so he bought us tickets to see Train in Chicago and even lined up my mother and father-in-law to babysit the kids! All I had to do was go get dressed!!!
Pretty sweet huh?
It was an absolutely beautiful night in the city and we even had the chance to sit by the lake for a while before the concert. 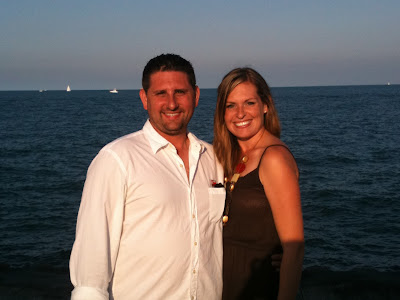 And since Mr. Go-Big-Or-Go-Home got us VIP tickets, we got to sit at this cute little bar inside the concert venue while we waited for the show to start. We got the best seat with one of the best views. 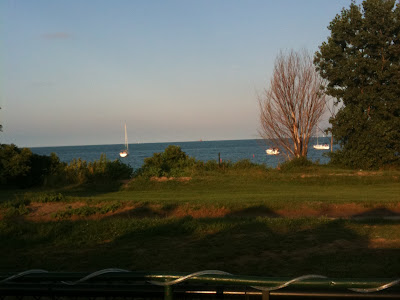 This is how we killed time until one of my favorite bands EVER took the stage. 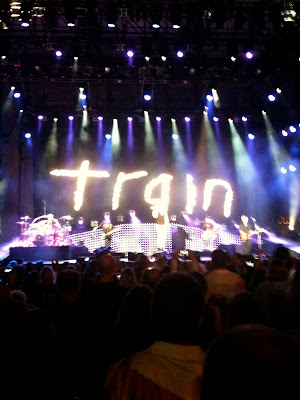 Train has always been one of my favorite bands, but when I introduced Eric to them when we started dating, it became "our" band. We even danced to their song "Get to Me" at our wedding. I've wanted to see them for years but it just never worked out. So as you can imagine, I was thrilled to be there...in the 13th row no less!!! 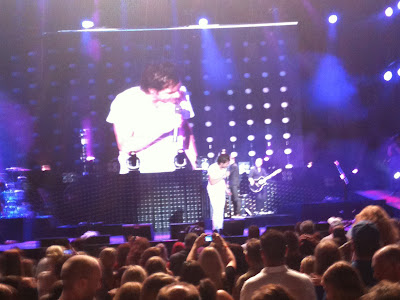 I have always dreamed of being called up on stage to sing one of their songs with them (even though I can't carry a tune to save my life) so when the band started calling girls up on stage to help them sing "She's on Fire", I thought it was my big moment.
Buuuuuuuut...I was wrong. It was 30 other girl's big moments. Damn it! Oh well...it was still a great performance :-) 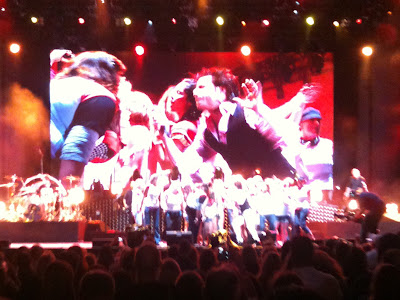 I can't begin to tell you how amazing these guys are in concert. So energetic...so fun...so freaking talented. 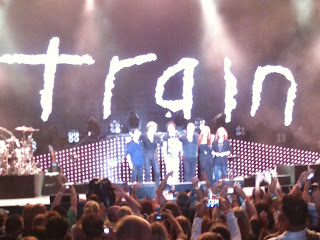 I will DEFINITELY be going to their next concert in the city, especially if they play at the Charter One Pavilion again. That place was amazing! If you ever have the opportunity to see a concert in Chicago, see it here... 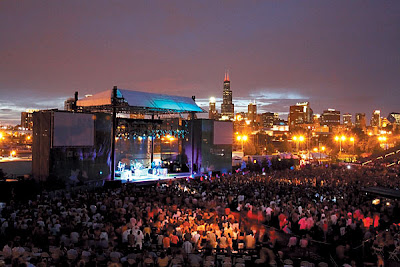 So that was our anniversary celebration: part 1!
As fun as the concert was, I have to admit that I was feeling a little guilty about being away from the kids this weekend and next. I have a hard time leaving them and I know that it has a lot to do with the fact that I am a worry-wart AND I always hate to take advantage of our babysitters (a.k.a. the grandparents). But when I talked to my mom about it this weekend, she reminded me that Eric and I sacrificed a LOT of nights out and a LOT of special anniversary trips while I was pregnant or breastfeeding (which was seriously 3 years straight) so I shouldn't feel that way. Eric and I are really so lucky to have our parents :-)
And plus...this quality time with Eric is rare and we really do need to take advantage of the opportunity. So that's what we are going to do...take advantage of our anniversary and hit the city for another night of fun this weekend! Woohoo!
And speaking of double celebrations, we really pampered Mamacita for her birthday this year. The one thing she said she wanted was a girl's day. She wanted a lunch date, followed by some shopping and mani/pedis. So that's what we gave her.
On Sunday, we headed up to a great outdoor mall near us and had an amazing lunch, followed by beautiful mani/pedis. Does it look like Mom is enjoying herself? 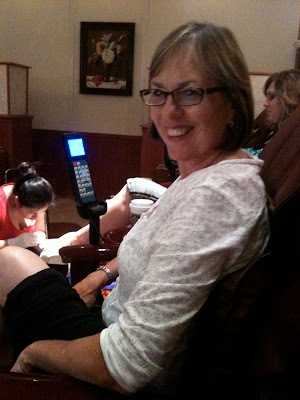 And then this morning, we took her and my Grandma out for a birthday breakfast!! I wish I had pictures to share of this breakfast, but my kiddies were not on their best behavior. That of course left me with no hands for pictures. And although the kids made quite a scene at breakfast, my grams didn't care. She just loves being around her great grandbabies. 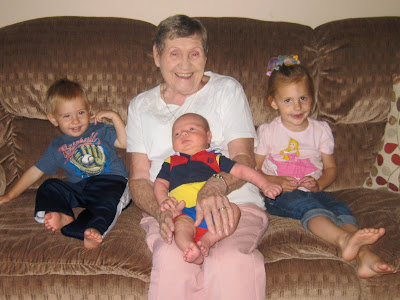 So now it's miss Nia's turn!! She is SO EXCITED about her birthday this year and I can't wait to celebrate with her. Addie has already been practicing her "Happy Birthday" song for Nana today so she will be more than ready for Nia tomorrow.
I am seriously going to have to run EVERY day this week to burn off all the cake and good food I have/will be eating. Oh well...it's worth it!
Anyone else celebrating a birthday or anniversary this week?
Posted by Jen at 7:00 PM