Can you believe the first day of October is NEXT WEEK? Addie was the first one that reminded me today when she said that Halloween was only 36 more sleeps away {the girl loves a good countdown}. My second reminder was when I opened 100 Days to Christmas and noticed that today's challenge is "Crafty October."

Lately I have been pinning so many fun crafts to do with the kids this fall and thought this was the perfect time to share some of them, especially since Michael's and Hobby Lobby have a lot of great sales going on for supplies.

I Heart Nap Time has this FABULOUS list of crafts and treats.... Simple As That Blog also has some super cute and super EASY paper plate projects for crafters with low tolerance {pin this under BLAKE}. 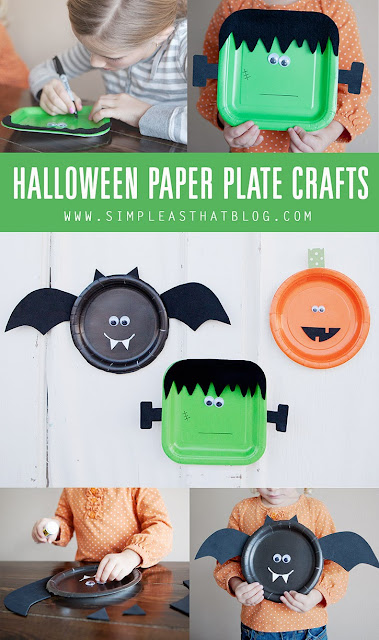 And for some fun adult crafts {that you can make with friends over a glass of spiked cider}, visit Swell Designer. While you are at the craft store, you might as well stock up on some essentials for all those Halloween parties coming up. Between school, friend parties and our weekend trip to Yogi Bear for Halloween weekend...I need to come up with some cute treats to bring.

Last year, the kids were all about ghost and pumpkin Peeps, especially while we were camping (so they could make s'mores out of them). All we did was fill little treat bags with a few Peeps, Halloween Hershey kisses and graham crackers, and then I tied them up with some black twine and a little tag: 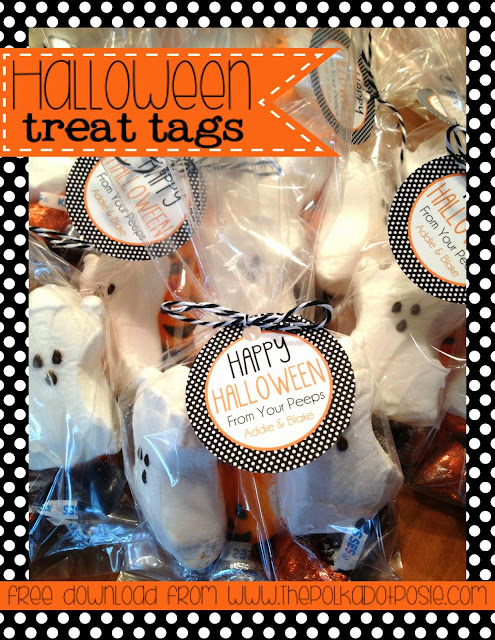 They were a big hit and the best part was that they were so easy {and inexpensive} to make. If you would like to make something similar this year, be sure to download our free "Happy Halloween From Your Peeps" tag from our shop blog. They are sized for a 2" scrapbook punch and I have left room for you to write your kids name on it.

If you aren't down with marshmallows and candy, I also LOVED this Halloween snack mix I found on Pinterest last year. I am sorry the pic is blurry...but I can't seem to find the original source. This would be cute tied up in little treat bags as well.

Since we are on the subject of Halloween today, I thought it would be fun to share the kid's Halloween costumes!! I swear I sometimes get more excited than they do about their costumes :-)

This year, my little princess is going to be Sophia the First. We splurged a bit and got her the dress from the Disney Store, since all of her other princess dresses have held up so well over the years. 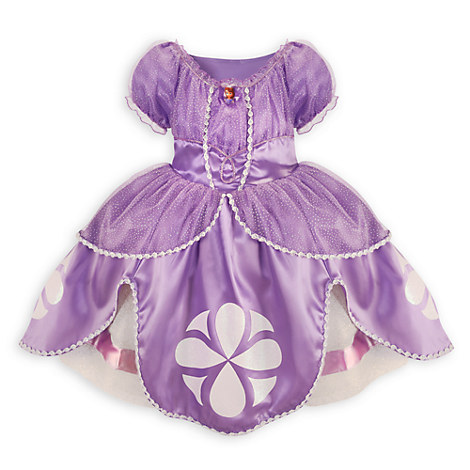 If your kids watch the show on Disney Junior, then you know how absolutely necessary this light-up amulet is to go with it :-)

Thankfully, my little dude picked a costume that wasn't near as pricey as his sister's. For weeks Blake has been changing his mind about what he wants to be. First it was Hulk, then Captain America, then a Dinosaur, then a Ghost...the poor kid couldn't make up his mind. But while watching Rescue Bots today, he asked if he could be Bumblebee. Of course...the ONE character I probably wouldn't be able to find a costume for. 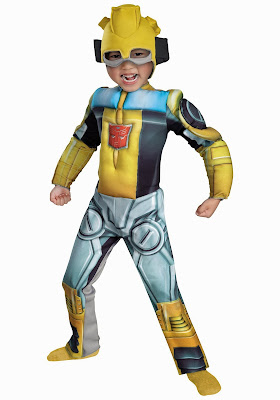 I know...isn't it the most RANDOM costume ever? If you haven't watched the show but have a little guy Blake's age, you should really check it out. It is basically Transformers for toddlers, but he loves it and owns all of the guys! It's great Christmas idea :-)


So what are your kid's dressing up as for Halloween this year? This holiday just gets more fun every year :-)
Posted by Jen at 3:14 PM