Blake Finally Got to Wear Some Camo

Because my brother Ryan's birthday and his wife Meagan's fall within a week of each other, we decided to combine the two for one big birthday celebration this weekend! We haven't been to my brother's townhouse since Meagan moved in after their wedding and it was great to see how she warmed the place up! A woman's touch is always so amazing on a bachelor pad :-) So I guess you could say this was a birthday/house warming party.
And because this was a party, I decided to dress Blake up in something other than a sleeper :-) I had a few little Gap outfits laid out on his changing table, but my hubby had another suggestion. Can you guess what it was? Camo. Of course. Now...because Eric has been waiting 32 years for a son, I couldn't deny him the right to dress his baby boy in a little camo. And since Aunt Diana and Uncle Adam hooked Blake up with some super cute duds this Christmas, we were all set for the party. I am not a huge camo fan but I have to say...he does look pretty darn cute in this outfit :-) 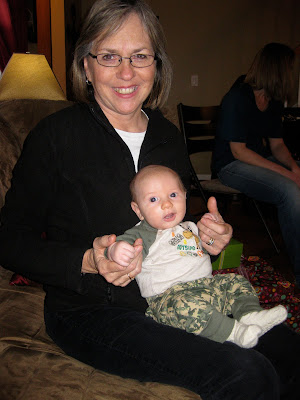 And as usual, Addie was THRILLED to see her best buddy...Uncle Ryan. Here they are goofing off as usual :-) 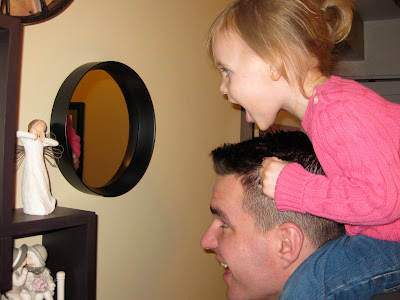 We were all trying to make Addie smile for this picture so we kept shouting things at her. I guess we got a bit too loud because the poor girl had to plug her ears! 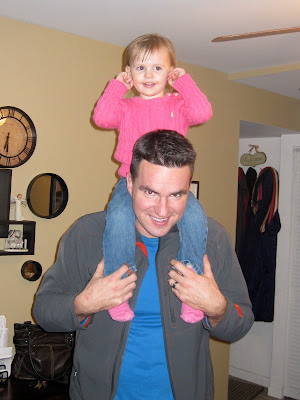 Although, I guess we weren't too loud because this little man didn't even flinch. I guess he is use to screaming (thanks to his big sis). 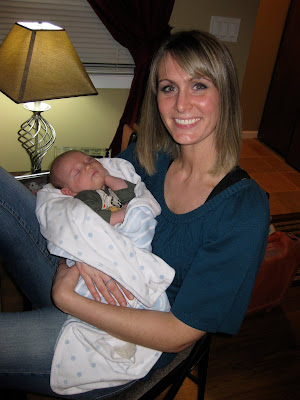 And after eating an INSANE amount of food (don't worry...I saved up all my points for the day:), the guys retreated to the couch for some Wii time. I love how focused these two are in this picture. I guess Super Mario Cart is some serious sh*t. 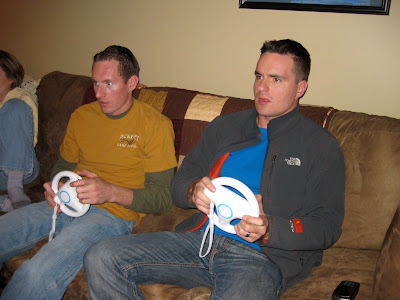 It was great visiting with the family this weekend, and I look forward to doing it again for Pop's birthday in just a few weeks. And speaking of birthdays...my baby girl turns 2 in a month!!! Ah!! I am on a mission to get her birthday party invites today...as long as I can catch a second wind somewhere :-)
Happy Monday Everyone!
Posted by Jen at 5:00 AM