Eric and I may not be athletes...but it's not stopping us from doing what we love. I never thought I would put the words "love" and "running" in the same sentence but it's true...I LOVE running. And Eric LOVES playing softball. He has since the day I met him and if you want to know the truth...seeing him in his baseball pants for the first time sealed the deal for me. Ha! Just kidding babe.
Sorta.
Anyway, Eric and I have had a busy month with our "hobbies". I ran my sixth 5K last weekend and beat my Personal Record by coming in at 28:51!!! I said I wanted to come in under 30 minutes and I did...and then some!!! I was so happy. My buddy Joe ran one of his best races that day too. So proud of us :-) 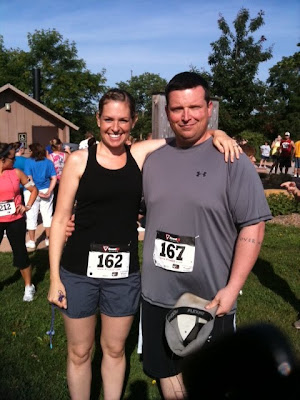 And Eric has been playing softball like a champ on his summer league and last night he finally had a game early enough to bring the kids to!! He was so excited to have us there. 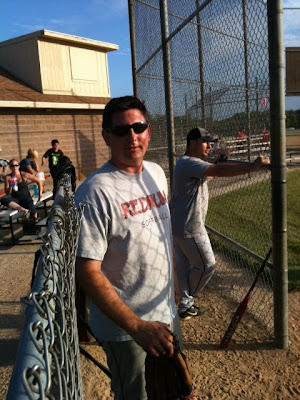 In fact, Mima, Aunt Dana, Nia and Nolan came to watch too! And because Uncle Chris was playing on the same team, Aunt Katie, Audrey and Cole were there as well! We had a whole bleacher section just for them!! 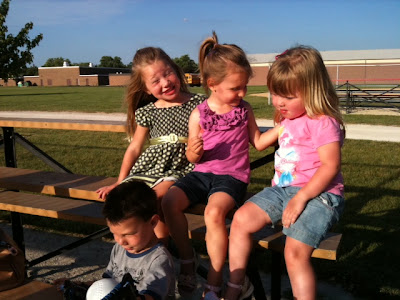 I never realized this before, but I think having some sort of hobby is important as a parent. You sacrifice so much for your kids and your job, you often forget to do something for yourself. Even though I only run a race once a month and Eric only gets to play one softball game a week, it's still nice to have something that's just for us. For me, running relieves a TON of stress, keeps me in shape and makes me feel good about myself. I know Eric has said the same thing about softball.
And if nothing else, I think having hobbies sets a good example for your kids. They see you having fun and being active and that's important for them. Just look at Nolan... 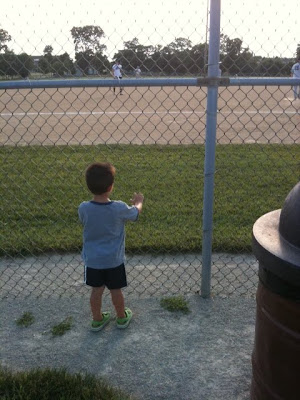 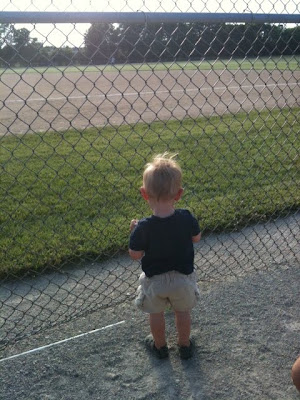 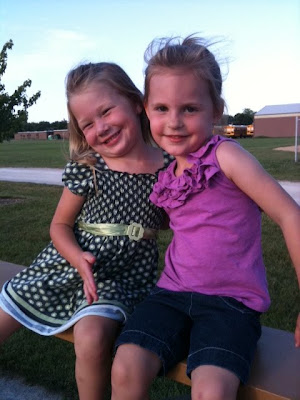