Happy Halloweenie everyone! I got to spend my day with a beautiful Rapunzel and an adorable, yet reluctant, Lightening McQueen... 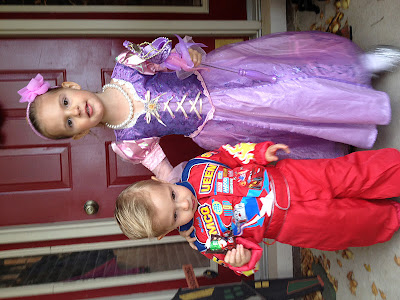 The ONLY thing keeping Blake in his little costume today was candy. 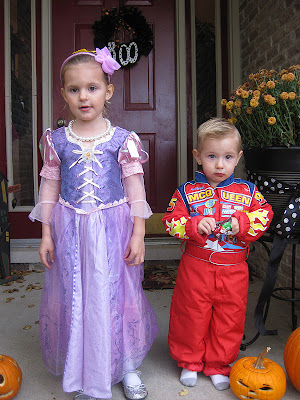 We were already on our second pack of M&Ms before we even left the house. 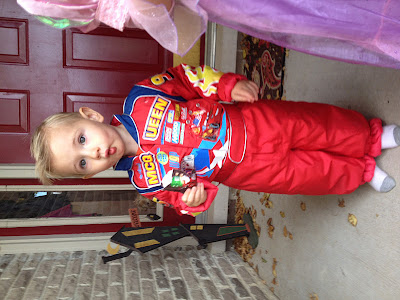 But that's what Halloween is all about right? Eating way too much candy and forcing kids to wear silly costumes they don't want to wear? Well...there was one child that did not need to be forced to wear her costume. My little Rapunzel was already dressed at 7:00 a.m. She said she needed to try everything on to make sure it still fit. You know, in case she grew since yesterday :-) 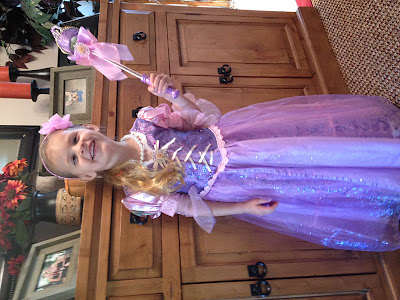 The only thing she really cared about today was her light-up hair. You can't see it well in the picture, but her little pony tail actually lit up like Rapunzel's in the movie. So cute :-) 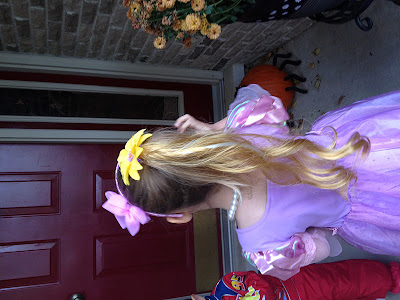 Our first Halloween stop of the night was at Mima and Papa Steve's house. We always like to do a little trick-or-treating in their neighborhood before heading to ours. 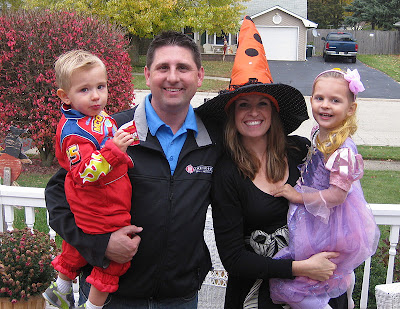 I was so happy when we got to my Mima's house and saw that she had dressed up too. I was starting to feel a little silly :-) 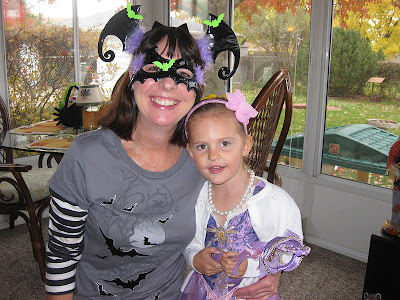 Oh...look who's STILL eating candy. But hey...the costume is still on! 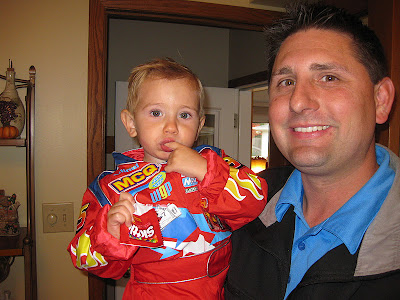 Before we headed out to trick-or-treat, Mima wanted a quick picture with her grandbabies. 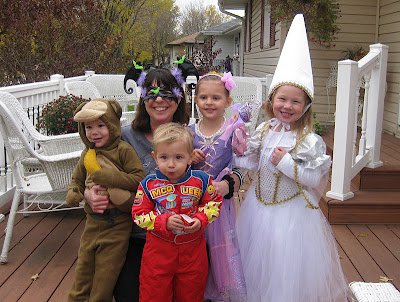 And one with her favorite daughter-in-law :-) 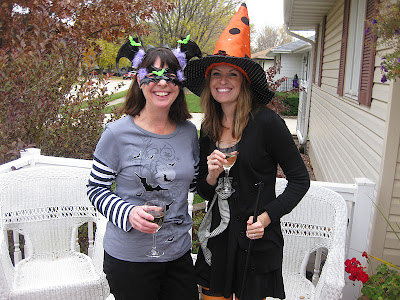 I wasn't sure if my shy little Blakey was going to want to trick-or-treat, but when he saw the other kids take off, he went right with them. 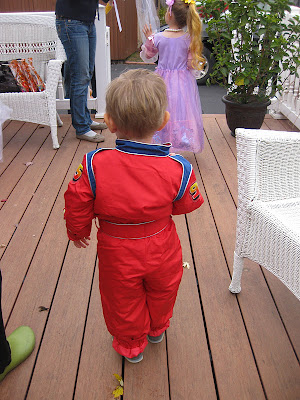 Like always, Addie was the first to the door every time. 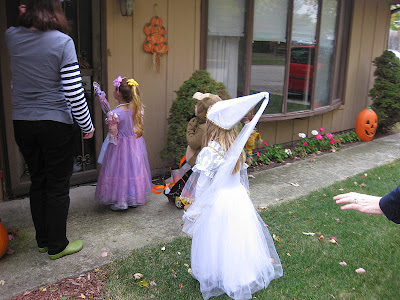 Blake actually went to the door, and then took about 10 steps back. He was cool just chillin with his balloon. 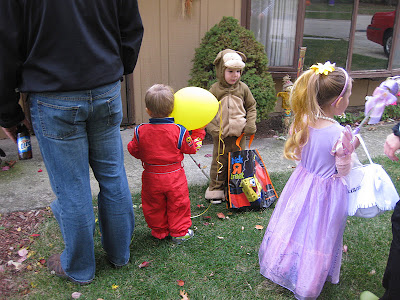 And chill with his balloon he did. The WHOLE time. 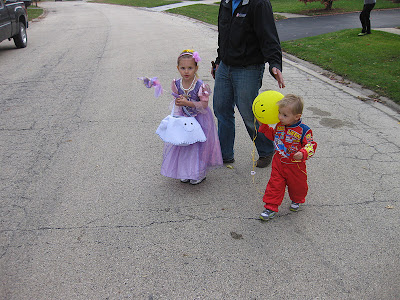 While Addie went from house... 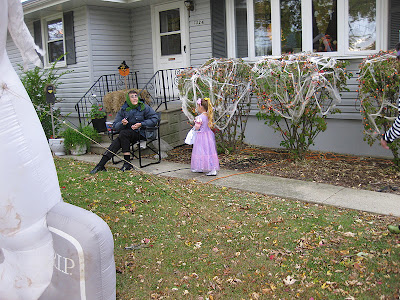 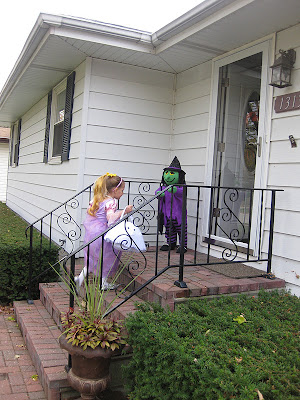 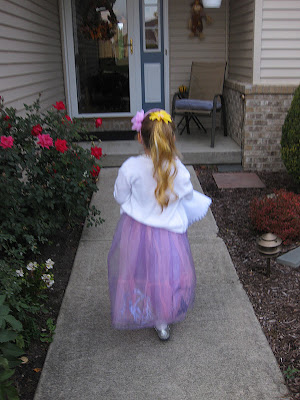 And Blake just watched. With his balloon :-) 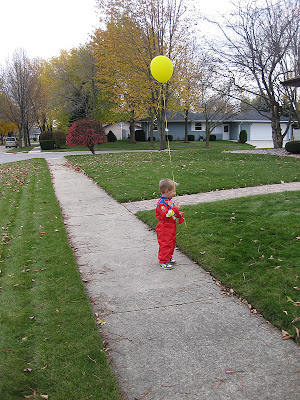 When we finally made it back to our house, you'd think this little guy would be excited to go inside. But all of a sudden, HE wanted to trick-or-treat. When I told him to come inside, I got a big fat "NO mama!!" 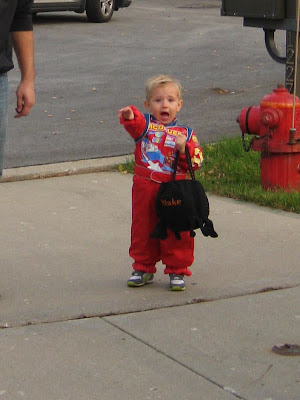 So I went inside to a little boy that wanted my attention. Mr. Howard. We didn't get his Harry Potter costume together in time this year, so we settled for a little lobster. HP will be next year :-) 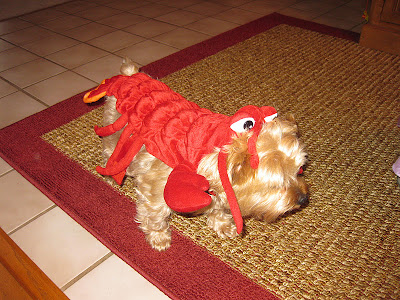 Back at our house, Nana and Papa came over to help pass out candy to all the trick-or-treaters we expected to get this year. 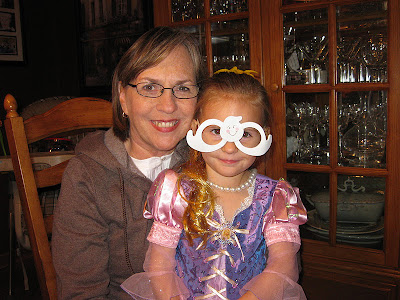 But sadly, our neighborhood was kind of a bust. I don't get it either. The weather was great (for Halloween anyway) and our neighborhood is full of families with kids. I think these two were a little bummed that they couldn't pass out more candy. 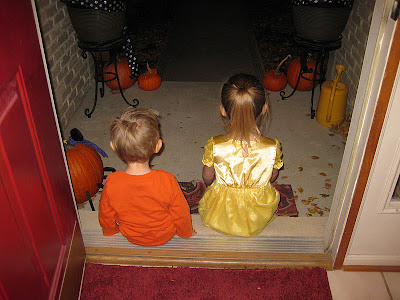 Although, when they both saw the half full candy bowl still sitting on the counter, they secretly high-fived each other. Too bad they have know idea that tomorrow is SUGAR DETOX! For them and me :-)
I hope everyone else had a GREAT Halloween!!!
Posted by Jen at 8:59 PM