There are only 2 Reality TV shows I have been following lately and the first is one I am quite embarrassed to admit because it is total trash. Obviously, it's The Bachelor. 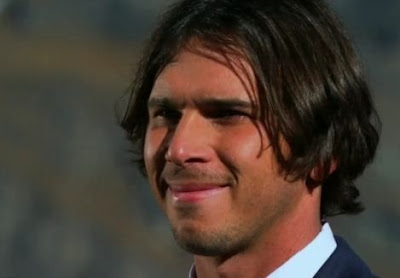 When Ben was cast as the Bachelor, a lot of people were  pretty negative about it because well...Ben is a tool. But I could handle Ben being a tool. I liked his awkwardly dorky ways and I was thinking that maybe...juuuuuuuust maybe....this bachelor would get it right. He'd pick a sweet girl and live happily ever after.
But if you have been watching the show this season, I think there is one thing we can all agree on. Ben is not only a tool...but also a complete moron. I don't even know where to begin. He has so many smart, classy, beautiful girls to choose from but instead of following his heart, he's following his head. And not the one housing his brain. Instead of really getting to know these women, he's skinny dipping with a fame-whore who is clearly NOT interested in anything other than the cameras. But poor, stupid, dorky Ben is smitten and I pray that he picks Courtney in the end, because any woman who sees these episodes will surely punch him in the face (or the head) and walk away.
Again...I can't even believe I watch this garbage! But watching the show has taught me a very important lesson about raising a daughter. I swear on my life that I will do everything I possibly can to teach Addie to be a respectful, classy girl that has genuine morals. Watching Courtney this season makes me sick and even though I know she thinks she is "winning", I hope she looks back on all this some day (especially when she has a daughter of her own) and is mortified and humiliated by her behavior. She should be ashamed.
So...enough about that. Let's talk about GOOD Reality TV shall we? I know I've said it many times on my blog, but I heart Tori & Dean so very much. 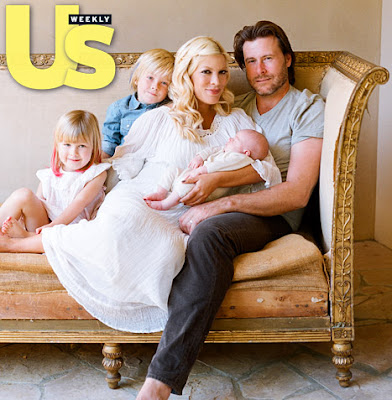 This has been a really fun season and the last two episodes have made me cry right along with Tori. This season Tori was pregnant with her baby girl Hattie and all the emotional scenes leading up to her birth, and the birth itself, have made me kinda question my decision to not have a third baby. Notice the keyword there is KINDA! I just loved all the scenes where Liam and Stella were rubbing Tori's belly and of course, I loved the scenes with Tori and Hattie in the hospital. Those first few days in the hospital when you get to bond with your new baby for the first time are so special and so surreal at the same time. I just watched Tori holding her and I could imagine holding Addie and Blake the same way. It was sweet...and it gave me a very brief moment of undeniable baby fever :-)
I think one of the reasons I love Tori so much is because she is an amazing mother. She isn't like so many other Hollywood Moms that seem to have kids just for show. She honestly lives her life for those 3 peanuts and I think Dean is about as genuine as they come. I swear, he reminds me so much of Eric when it comes to his ideals on parenting (and motorcycles). I follow Tori on Twitter and I can't even count how many "family nights" they have at home eating popcorn, watching movies, etc. It's not like she is dragging those kids all over the world and having nannies raise them. They are there for their kids and that is such a wonderful thing to see.
I know so many of my friends and family members are laughing at me right now but I can't help it...I really do want to be BFF with Tori, even if it's just so she can help me plan my kids' birthday parties :-) Also, I have learned a pretty important lesson from watching their show too. I've learned that no matter what mistakes you've made in the past, all that matters is what you are doing with your life right now. It doesn't matter what fights you've had with family or friends, because you can always mend them. It doesn't matter what lessons you've had to learn the hard way, because the fact is you've learned from them and your life is better because of them. And finally, it doesn't matter what anyone else thinks about you as a person or a mother, because all that matters is how your family feels about you as a person and a mother. I think I need to remember that one most of all :-)
So...is anyone else hooked on any reality TV right now? Anyone else watching these two shows? I would love to know your bachelor opinion :-)
Posted by Jen at 3:02 PM