Our Weekend in a Nutshell: Sickies and Family Time

The plans that Eric and I have had for this weekend have changed a lot over the last month.

First, this weekend was supposed to be an overnight girls weekend with my BF Tara and her friend Rikki. We were going to shop till we dropped, eat until we had to unbutton our pants and drink wine until the last girl standing.

But then...Eric's work schedule got complicated, and it looked like this may be one of the last weekends we would be able to camp this summer. So I had to bail on my girlfriends in exchange for one last summer trip in the camper. We had our hearts set on Michigan and hoped to stay right on the beach in one of the state parks. Well, apparently every other person in the midwest had the same idea because everything was booked solid. It didn't really matter in the end because Eric's work schedule just got crazier.

So it was decided...no vacation. No girls weekend. And then to make matters worse, my poor baby girl woke up with the sickies on Thursday night. She had a fever of 102 and threw up a few times. I felt so bad for her...I HATE when my kiddies are sick. It breaks my heart. But in the morning, I gave Addie a glass of 7-Up to calm her tummy and she just thought it was the best treat EVER to have 7-Up for breakfast. At least she was in good spirits :-) 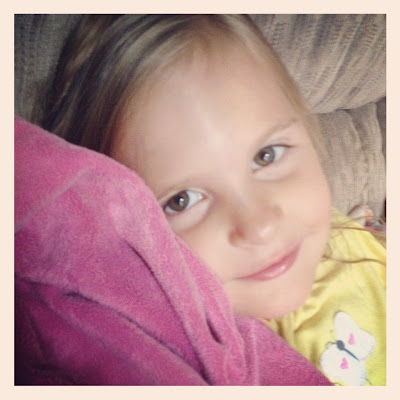 So the kids and I took it pretty easy on Friday and did lots of resting. I thought peanut was actually on the mend by the time she went to bed that night, but when she woke up in the morning with another fever...I got worried. So off to the doc we went and as it turns out...Addie had strep throat! SO random. I had no idea that two of the biggest symptoms of strep in little kids is fever and vomiting. The doc said strep is going around like crazy right now so I am PRAYING that Blake stays healthy through all this. Fingers crossed!!!

But after 24 hours on her antibiotic and lots more rest, peanut was back to her old self today. She even voluntarily got our of her PJs and put on a little dress. 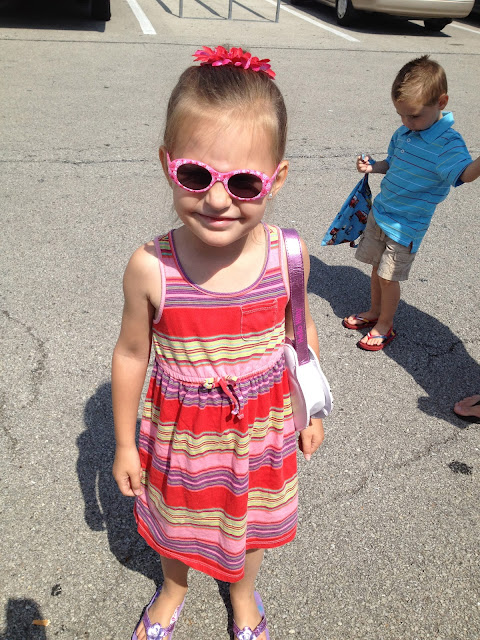 The kids were both itching to "Go bye bye" so we decided to take them to one of their most favorite places...Bass Pro Shop. 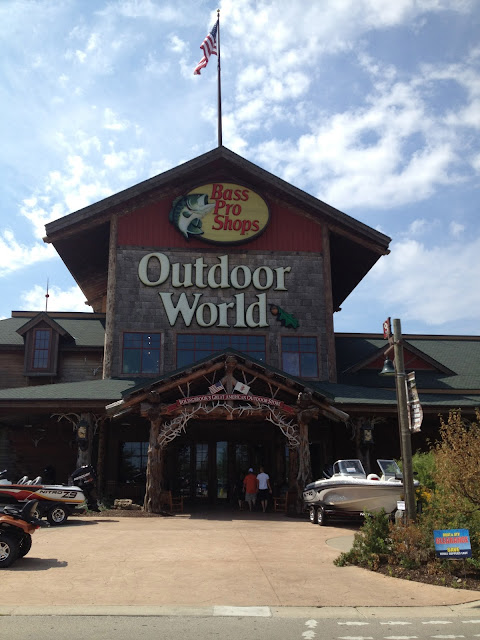 I honestly don't know what it is about this place, but I know my friend Barb and my cousin Krissy's kids beg to come here. I guess it is pretty fun to ride on boats... Check out some fish... 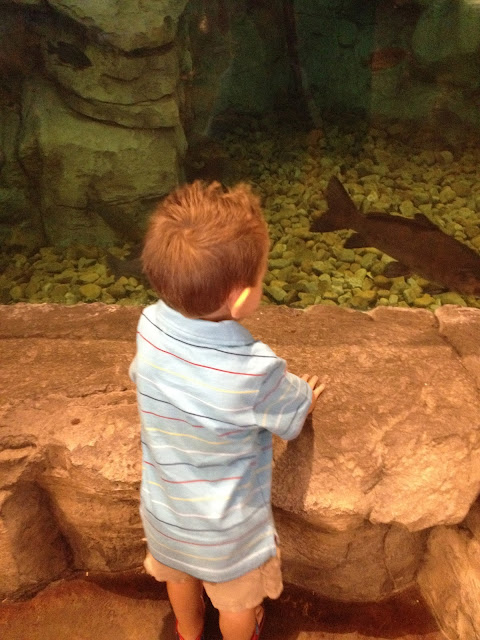 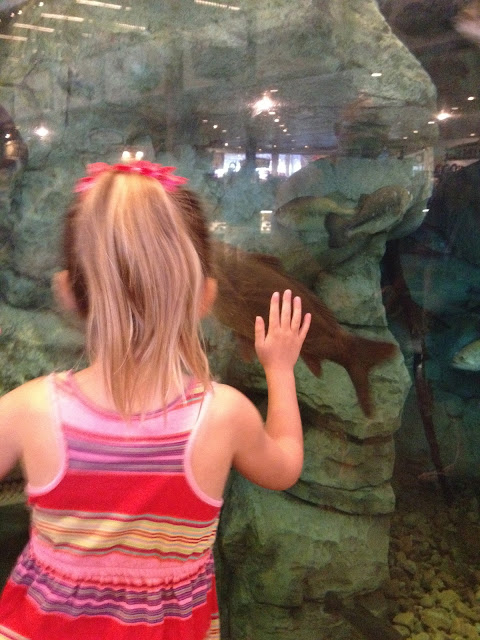 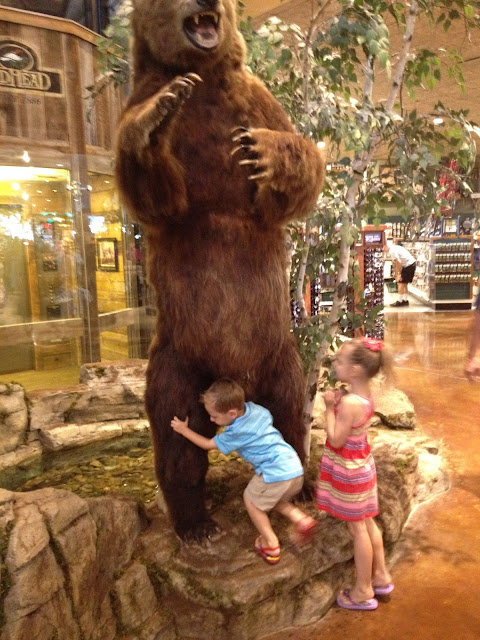 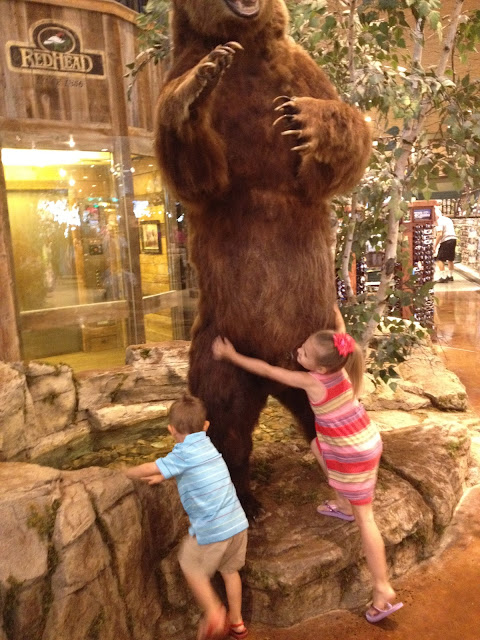 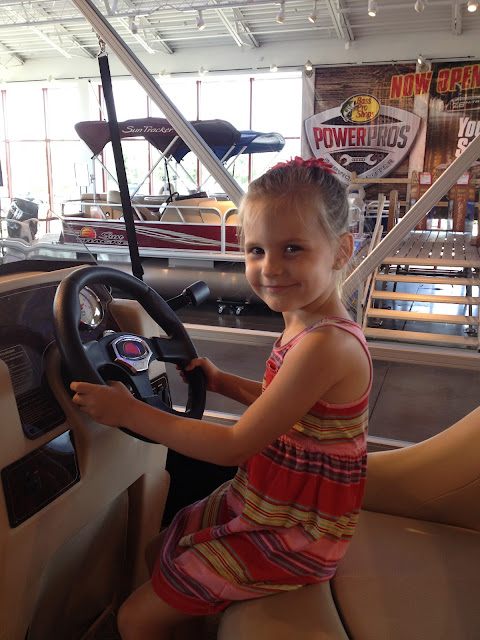 But instead of buying a boat...we just took a few quick pictures in them. 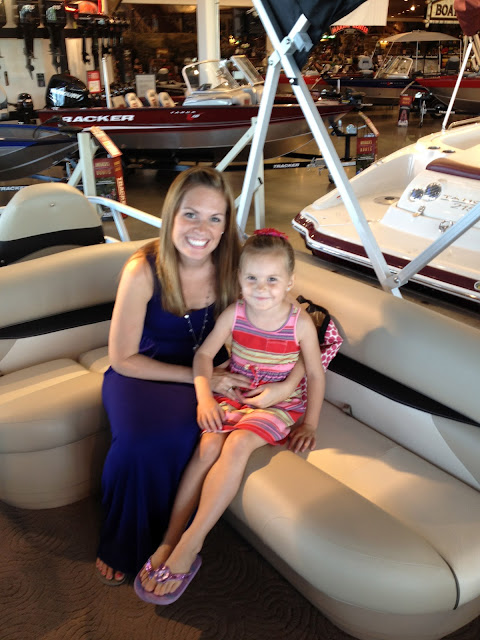 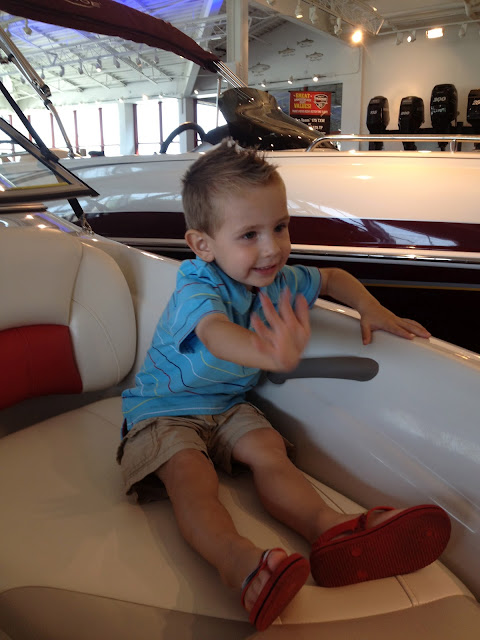 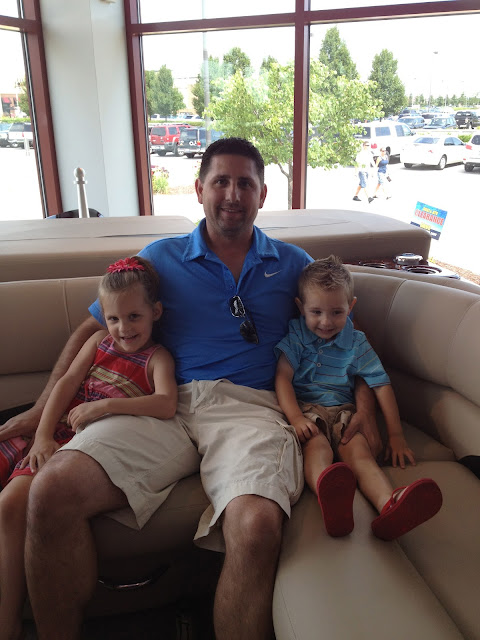 Poor eric has been working such crazy hours lately, I know he really appreciated being off today and getting out as a family. We also took the kids to lunch and then came home to do some more relaxing.

It's back to reality tomorrow though and I can't WAIT for some of the fun posts I finally have planned for this week. I've been wanting to do a "Christmas {Organizing} in July" post and since I literally have 2 days left to do that...I better get on it. We've also got a great new item from The Polka Dot Posie to launch so stay tuned friends!!