Our Week in a Nutshell: Halloween Parties, Pumpkins & Some Ice Skating

I am just now getting the chance to hop on and do my "Weekend in a Nutshell" post and as I was going through pictures, I realized there are a few things I missed posting about throughout the week last week! Too many awesome giveaways and link-ups going on I guess :-)

So I thought I would take this chance to bring you all up to speed on what the kids and I have been up to.

For starters, we have been Halloween Party animals lately. First we celebrated for an entire weekend at Yogi Bear, and then we participated in our Library's Halloween party this past week. They had games, stories and of course...trick-or-treating. The kids had a BLAST and came home with way too much candy :-) 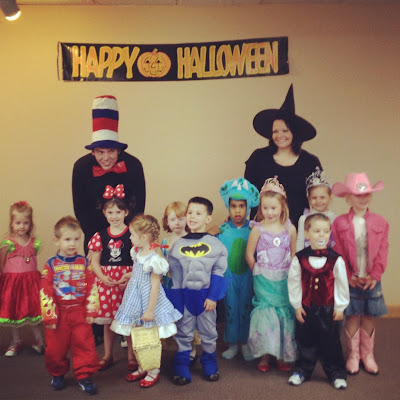 We will be trick-or-treating AGAIN on Wednesday, and Addie has her Pajama Party at school that day as well. Clearly, we will be on sugar detox come Thursday. Ha!

And speaking of sweets...Eric had a major craving for some Oberweis ice-cream on Friday and decided to take the kids. I certainly couldn't let him go alone, so I went and had myself the most amazing banana shake ever. It was a fun night :-) 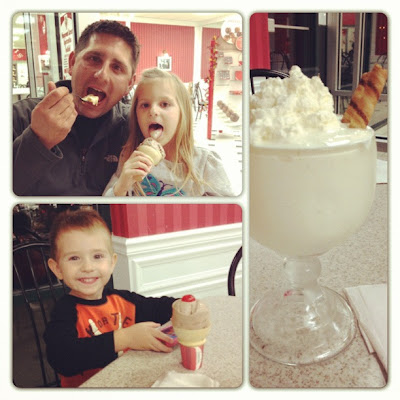 Saturday morning, we were up bright and early for Addie's first Ice Skating class!!! This girl has been talking about ice skating since last year and when Dana told me that she had found a class for Nia, I thought it was the perfect time to give it a try. Here she is in her little skates :-) 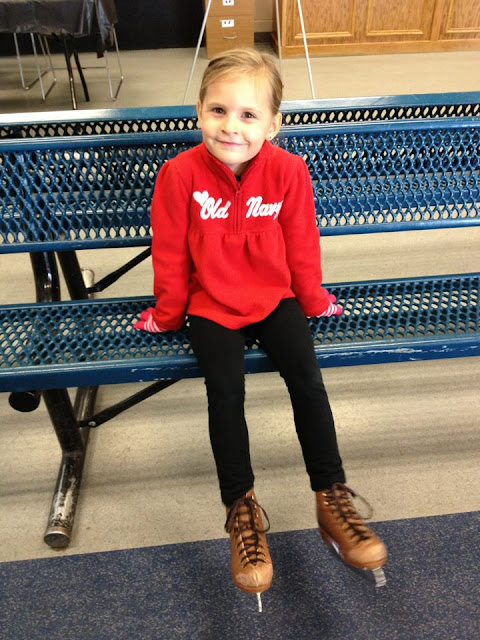 Aren't they precious? Nia was totally decked out for class :-) 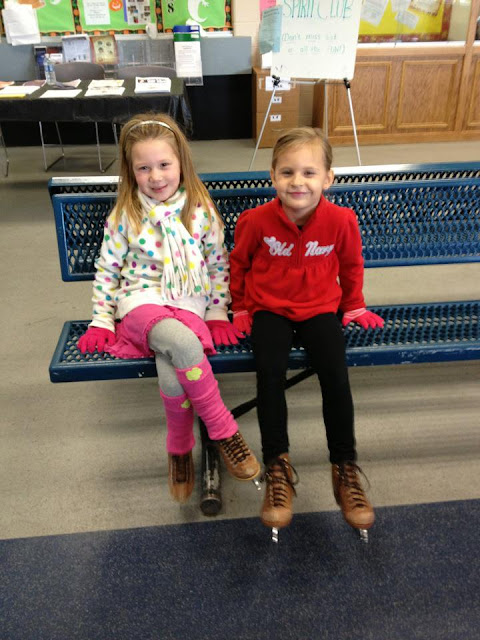 According to Eric, the girls did "Good!"but according to Addie they did "SO AWESOME!!! ME AND NIA KEPT FALLING SOMETIMES BUT WE WOULD GET RIGHT BACK UP AND IT WAS COLD BUT NOT ON MY HANDS BECAUSE I HAD GLOVES AND CAN I WEAR A SKIRT NEXT WEEK??"

I can always count on Addie for her enthusiasm :-) 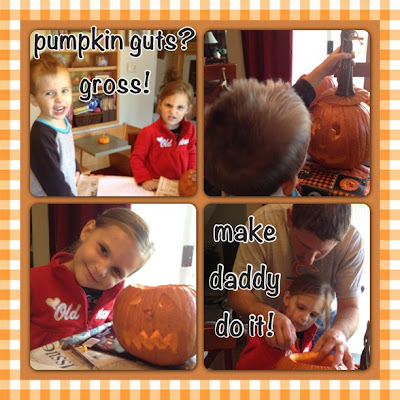 And today, we are going to be making some Halloween cupcakes to share on Wednesday. My AMAZING BFF Chelsi sent me the most fabulous belated birthday gift this week and in it was a bunch of Halloween crafting and baking supplies. This girl knows the way to my heart...and my kids' hearts! 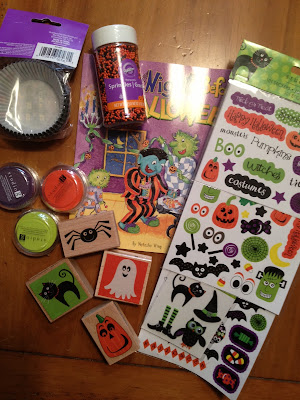 Chels also sent me this adorable handmade pumpkin with our name on it and I am honestly a little sad that pumpkin season is almost over!!! 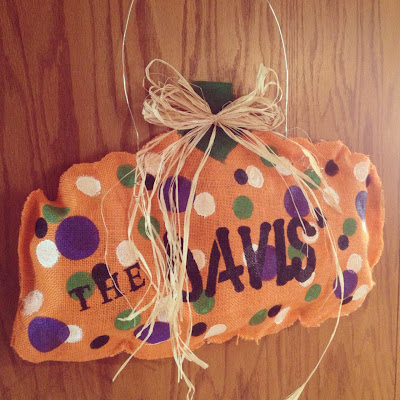 But I'm not too sad because around my house, when Halloween ends...CHRISTMAS BEGINS!!! Officially :-)

And speaking of Christmas, I am hoping to recap some of the fun stuff I've been doing for 100 Days to Christmas tomorrow! Yay!!
Posted by Jen at 3:22 PM