Our Weekend in a Nutshell: Date Night & a Triple Birthday Celebration

Eric and I have been SO LUCKY to score not one but TWO date nights in the last two weeks. This of course is due in large part to my awesome parents who are always down for a Friday night sleepover with their babies :-)

This week, we headed up to the city to have a little post-valentine celebration. 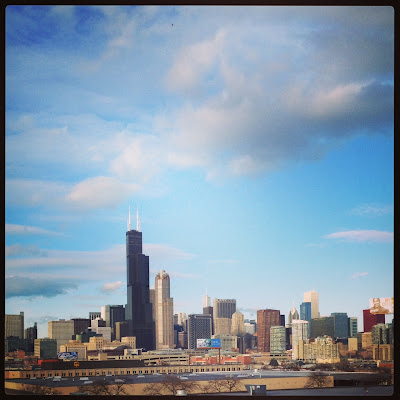 We contemplated going to some fancy new restaurant or hitting up RPM Italian for the second time (which we will do on Eric's birthday in May), but instead we decided to keep it casual and eat at one of our favorite little spots, Mangia Fresca. 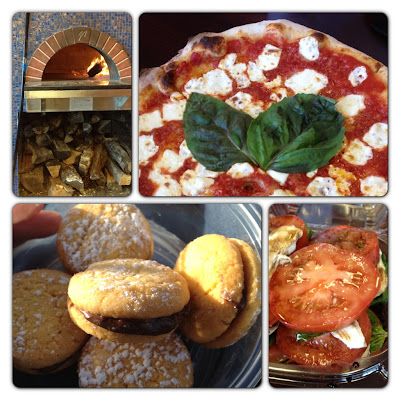 Their brick oven pizza is TO. DIE. FOR. They also make this sinful Nutella pizza, which is what I said I was going to get this time. But I also love their Margherita pizza more than life itself so I opted for the Nutella sugar cookie sandwiches instead. It was a delicious meal and I've been dreaming of brick oven pizza all day!

After dinner, it was off to the Chicago RV & Camping Show!!! This show always seems to fall around the 14th of February so it has become our little Valentine's Day tradition. Even though we own a camper now, we plan on going to this show every year just to load up on brochures of all the great places we hope to travel to this summer. We've only made a small dent in our stack but we've already found at least 4 places we want to go. It's gonna be a busy camping season :-) 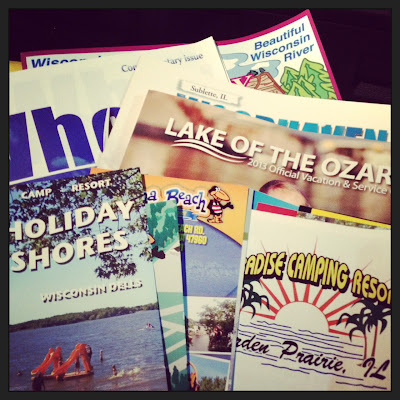 On Saturday, after picking up the kiddos from Nana and Papa's, it was off to Aunt Meagan and Uncle Ryan's house for a Triple Birthday Celebration!!

My sis-in-law Meagan's birthday is February 2nd, my brother Ryan's is February 10th and my Dad's is February 26th. Busy busy month...so we decided a few years ago just to celebrate once and have a yummy feast. And that we did!! Lou Malnoti's pizza, peanut butter ice cream cake, delicious martinis...it was a good thing I ran 4 miles that day because I blew every calorie and then some.

We all had such a nice time visiting together and watching the kiddies play. Addie is obsessed with Owen and wants to cuddle him all the time. But you know boys...you have to wait until THEY are ready to cuddle. And man when Owen was ready...Addie jumped at the chance :-) 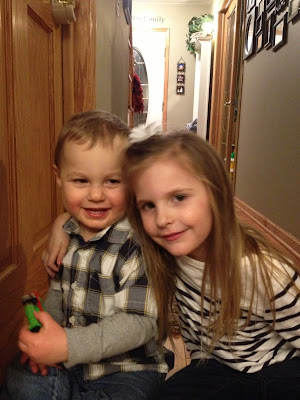 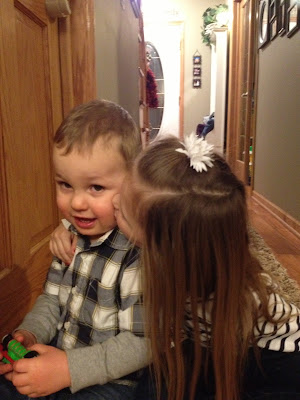 I just can't get out over how BIG they all look in this picture! 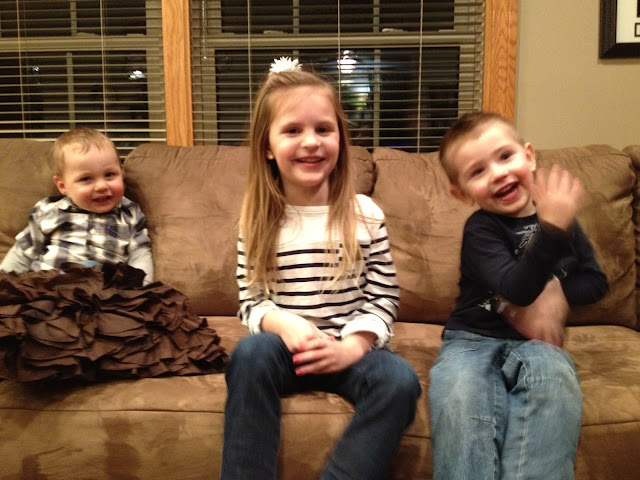 We played peek-a-boo for a good half hour that night and I was loving all the giggles from these two. 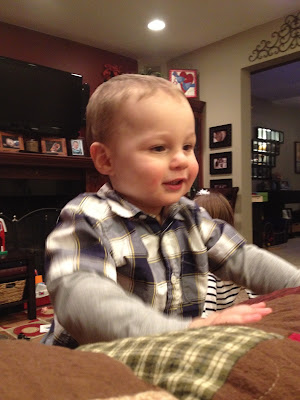 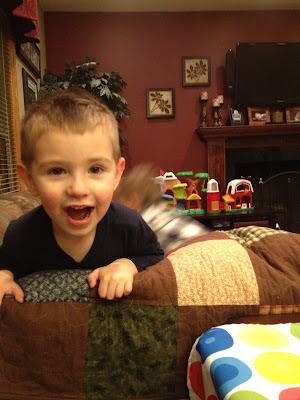 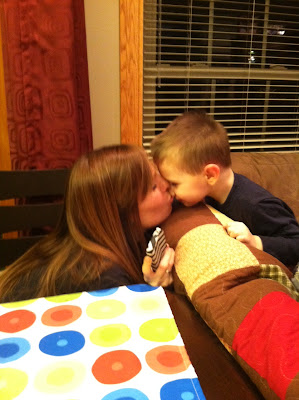 Obviously, Friday and Saturday were super fun...but NOT super productive. So, I spent my entire Sunday cleaning and scrubbing and organizing. I hate to waste a day doing those things but sometimes it's just what the doctor ordered. I have felt really behind around here lately and it felt good to just spend a day catching up.