Memorial Weekend was supposed to be the kick-off to our "Fun Old-Fashioned Family Summer" (Clark Griswold style). We had our camper packed, our new beach toys ready to go and a mini fridge full of burgers and dogs. We had patriotic lights to hang, fancy popcorn for Movie in the Park and I even went and had a little spray tan (so that I didn't blind everyone on the beach).

For about a week, my favorite weather man, Tom Skilling, was predicting a wet and cold Memorial Weekend. In fact, he predicted almost the same temps for our last camping trip a few weeks ago and it ended up being a BEAUTIFUL weekend with temps at least 10 degrees higher than they predicted. So mix that with Eric's unwavering optimism when it comes to camping weather and I was convinced that it would all be okay. I still packed all of our swim suits and assumed that we would get at least one day at the beach.

When the kids and I got down to the campground on Friday, the sun was actually out! We greeted all of our friends... 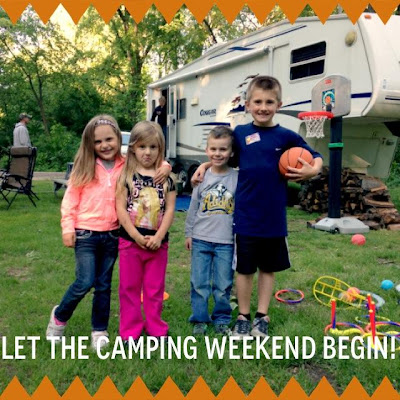 Played some games and built a cozy campfire. 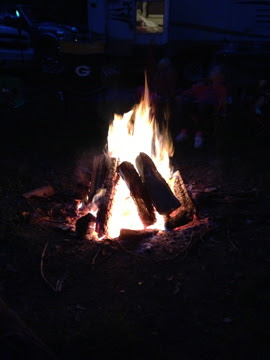 It was a great start to the weekend.

That is...until Eric dropped a few little bombs on me.

I honestly didn't know whether to laugh or cry, but seeing the sadness in Eric's face made me hold it all in. I know that working was the LAST thing he wanted to do this weekend, especially since he's been talking about it non stop for weeks. Eric lives for camping and I know this was heartbreaking enough for him...he didn't need me crying and whining. Plus, whenever this happens, we both try really, REALLY hard to be grateful for the overtime.

So that was that. Eric had to work, which meant I was camping ALONE with both kids during the day. At first it didn't seem like a big deal...I am home with the kids alone every day. How different could it be out in the woods? Turns out...it is a LOT different.

For starters, my kids have NO DESIRE to be inside the camper when we are at the club. They always want to be playing with their friends, going fishing, going to the park, going to catch bugs, etc. And obviously, that's what you are supposed to be doing when you are camping. But the hard part is...the kids always want to do different things at different times. One wants to play with their friend, the other wants to fish and then 5 seconds later, they are both dashing for the playground. It was hard keeping track of them, especially when I had to cook or even run inside to go the bathroom. Also...did I mention how it rained THE ENTIRE rest of the weekend? 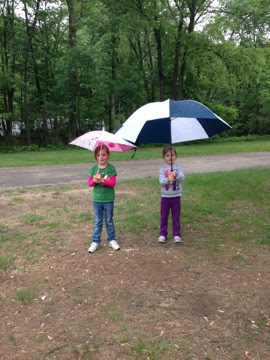 I laugh so hard when I think about how I packed magazines and nail polish (I sometimes sit and paint my nails when we are camping). Like I said...I am used to GLAMPING and this weekend was straight up dirty camping. Muddy-shoes-wet-clothes-dirt-under-the-fingernails-kind-of-camping. I did things I have never done before on a trip, like let Blake pee on a tree at the park, or let the kids run in the pouring rain, or encourage them to sit and dig up worms so we didn't have to drive somewhere to get bait.

I was in survival mode, baby!

I did the best I could during the day without Eric but there is one thing I can say with absolute certainty...if it were not for all of my AMAZING camping buddies...I would have packed up all our shit first thing Saturday morning and headed home.

But the kids wanted to be there so badly and they had looked forward to it for weeks. Thankfully, I had so many friends helping me with the kids. We would take turns watching them at the park or letting them play in our campers when the rain would start. And then when my kids were literally CRYING to go fishing, our friend Josh took them both out on their own little trips with his kids. The girls went first, of course :-) 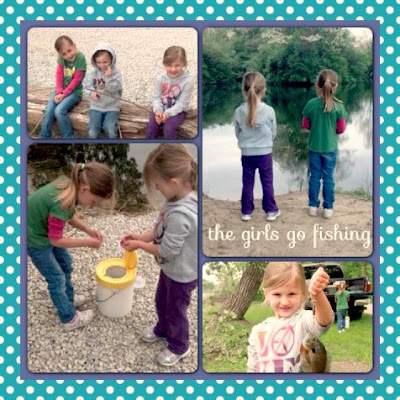 And the boys went next. I asked Josh to take pics of the kids so I could send them to Eric and Daddy was SUPER proud when he saw that his boy caught not one, but TWO fish! Blakers was so proud. 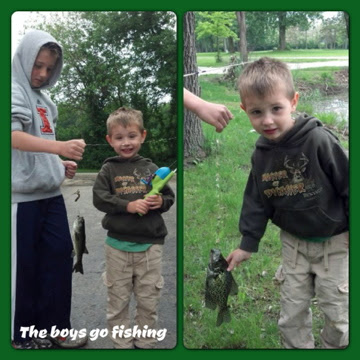 Although I had a ton of help from everyone while we were out there, I still felt a little overwhelemed. The rain was NOT letting up and when they finally cancelled Movie in the Park, I considered just taking the kids home for the night. But then when I saw all the kids in Sarah and Josh's camper laughing and watching a movie together, I knew they were having the best weekend ever and I didn't want to ruin that for them. So I sucked it up, put on the last dry sweatshirt I had, and started making dinner. 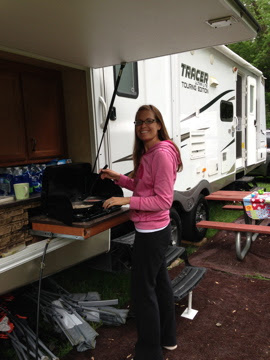 We decided to all combine whatever yummy food we had left to make and have one big "family dinner". 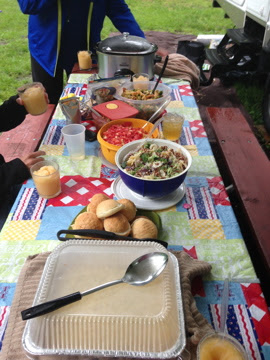 All the food was absolutely delicious, but the company was even better :-) 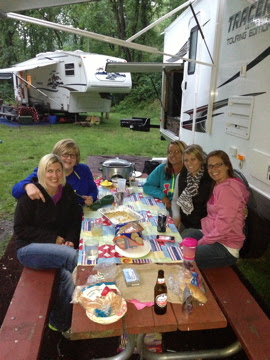 Although...it would have been AWESOME if so many people weren't around when I slammed my head into my kitchen cabinet. Oh well...at least they were all there to get me ice and pour me a margarita!

And Richard Gere was there to give me a hug too :-) 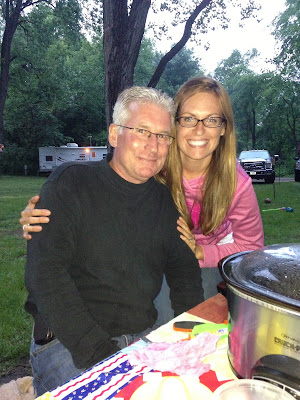 And this is where the night just got all kinds of silly. Our kids were all cozy in bed, we were listening to the rain, having some laughs and clearly drinking one too many cocktails. Ha! I will never let Heather forget this one :-)

We can all blame it on the margaritas and boxed wine :-)

It really was the PERFECT way to end the weekend. I know I've said this a million times, but we couldn't ask for better camping buddies. 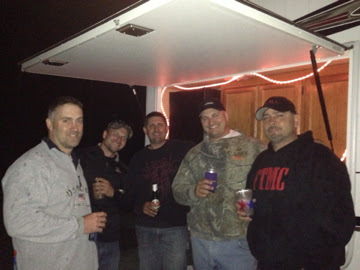