If you are looking for a super fun summer homeschool lesson for your kiddies this week, I've got some fun stuff for you! This week at Camp Aunt Jen, we celebrated "America the Beautiful". 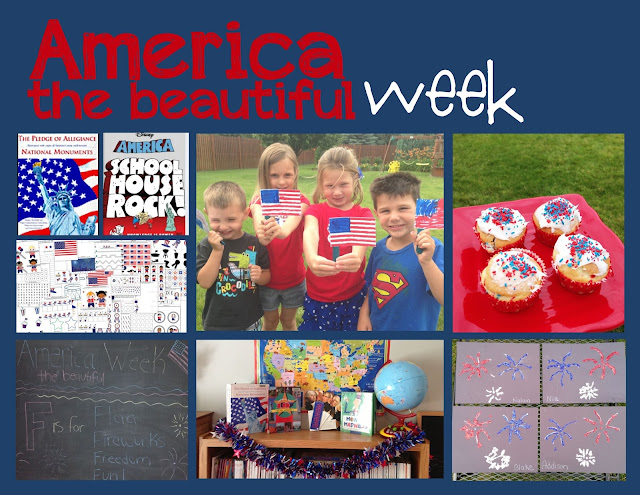 My sis-in-law and I pulled out all of our maps and globes and found some great books and flash cards at the library to teach the kids all about our country. 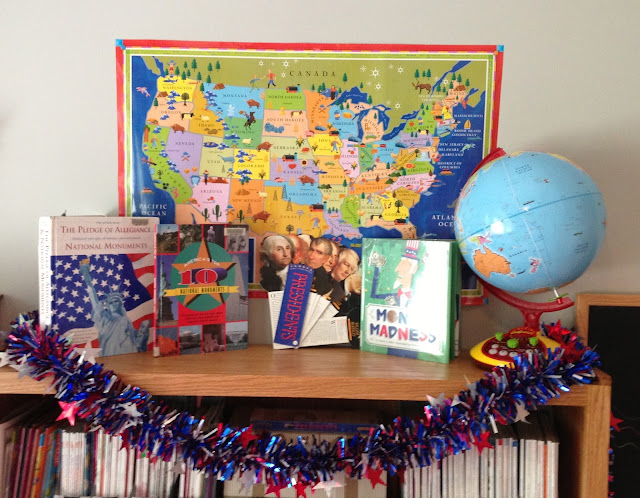 We spent some time going over the states and monuments and pointed out where they "live" in our country. By the end of the day, we could point out where Mount Rushmore, the Liberty Bell and the Statue of Liberty are. Although, Addie and Nia both think the Liberty Bell is in Transylvania...but close enough :-)

We talked about the Pledge of Allegiance and read a really awesome pop-up book that we checked out from the library.

And then we did some worksheets. I hit the mother load of 4th of July printables on a fabulous website called Gift of Curiosity. 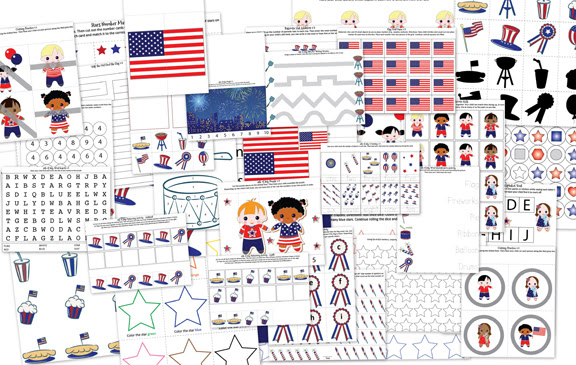 This pack was perfect for all 3 of them with mazes, tracing, coloring, math, letters, etc. 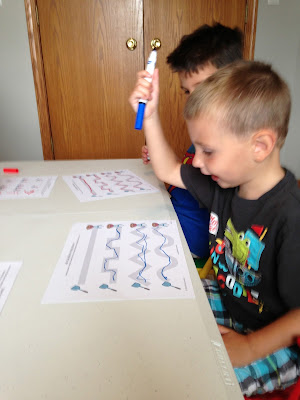 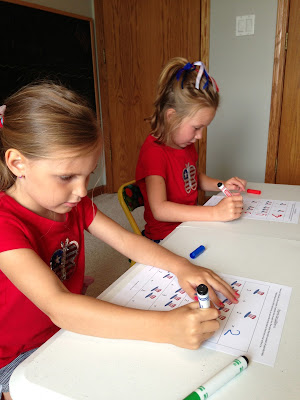 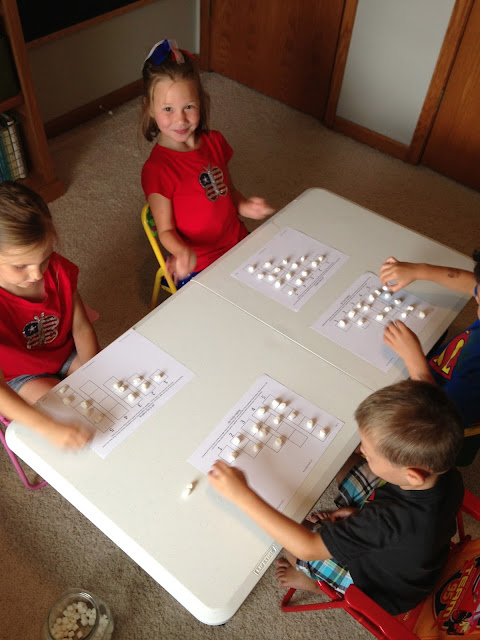 We did the math worksheet several times with different snacks and it was a HUGE hit. Anything to keep the boys at the table :-)

I had two crafts planned for this unit and the first was an idea I "borrowed" from Addie's summer camp two years ago. They made this glue and glitter fireworks picture and it seemed like a project simple enough for all 4 of them today. I was shocked by how well Blake did with this craft. 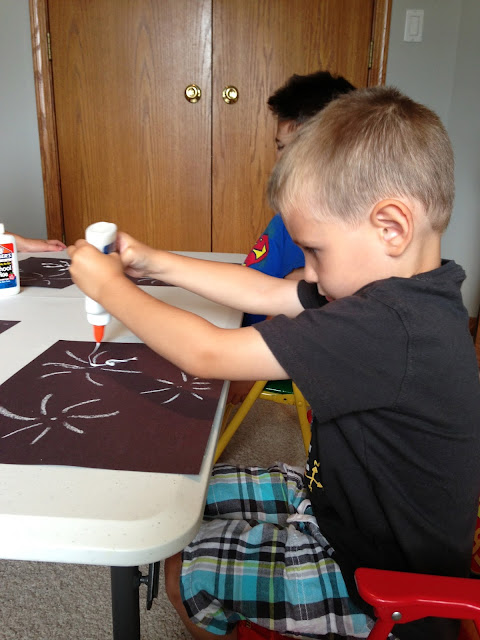 To make it, you simply take a black sheet of construction paper and draw some "fireworks" with chalk or a white crayon (or if your kids are a little older, you can let them do it). Then the kids trace the fireworks with glue, and shake on some different colored glitter... 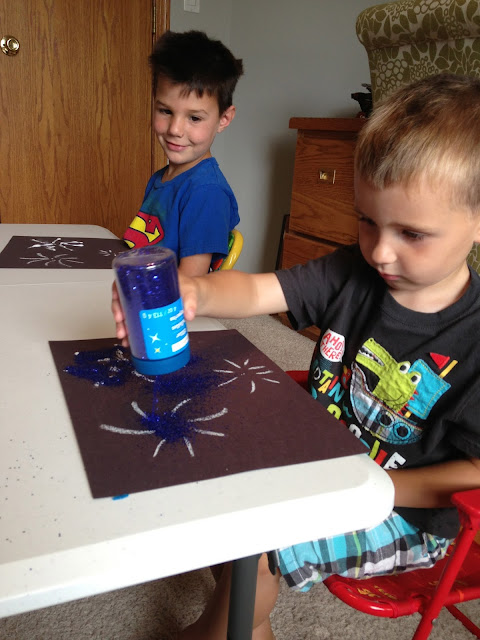 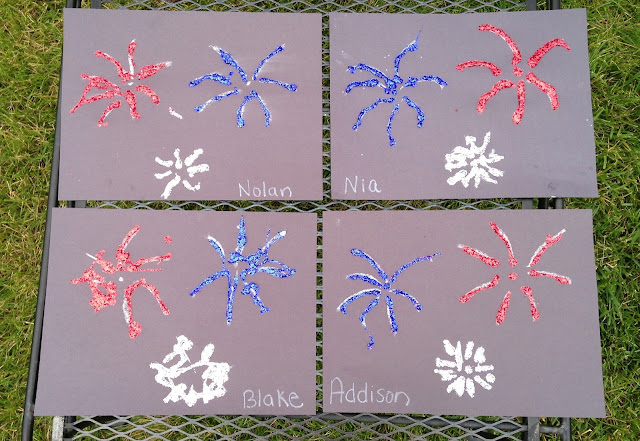 For our second craft, the kids made their own flags on popsicle sticks. 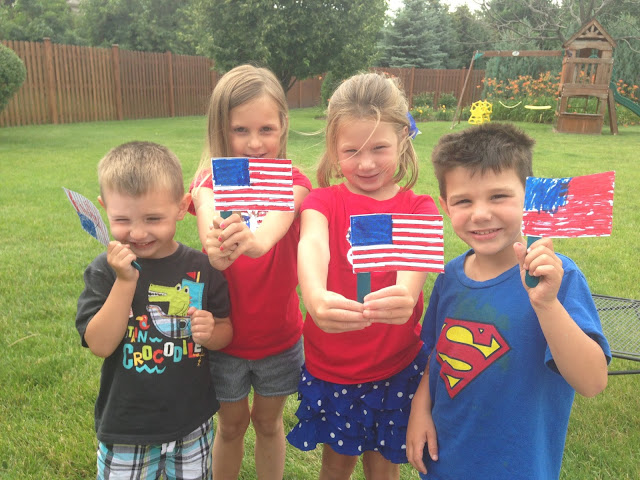 This is another SUPER simple craft. You can already buy the popsicle sticks painted colors and you just print American Flag coloring sheets for them to paint/color and then tape them to the stick! Easy Peasy for all ages :-)

Because the kids did SUCH a good job in our lessons, I told them that we could make some special 4th of July treats before movie/rest time. I ended up making cupcakes and let them decorate their own with white icing and red/white/blue sprinkles. 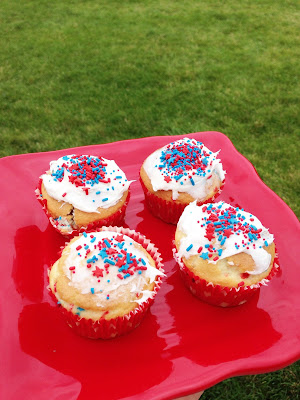 You think they liked them? 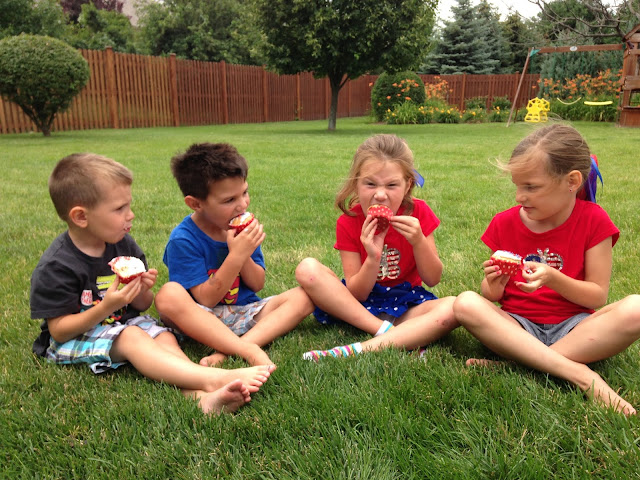 Our movie for the day was from when I was a kid!! It was the America Schoolhouse Rock series and I could still sing every single song! 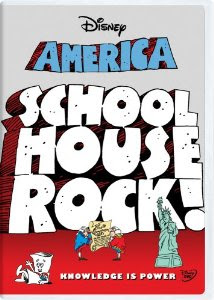 But the kids told me to be quiet because they were trying to watch. Ha! 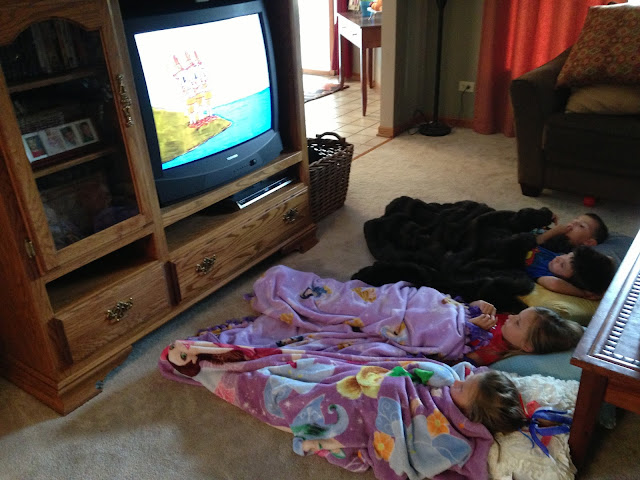 The rest of the afternoon we spent riding bikes and playing outside because you know...every school day needs some recess :-) 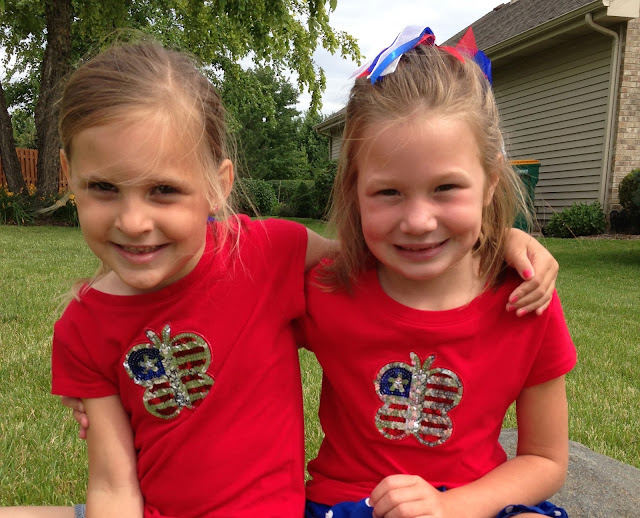 I think the kids really had a great time with this lesson and learned some new things about our country.

Happy 4th of July friends!! I hope you get to do something special this week!
Posted by Jen at 11:59 PM